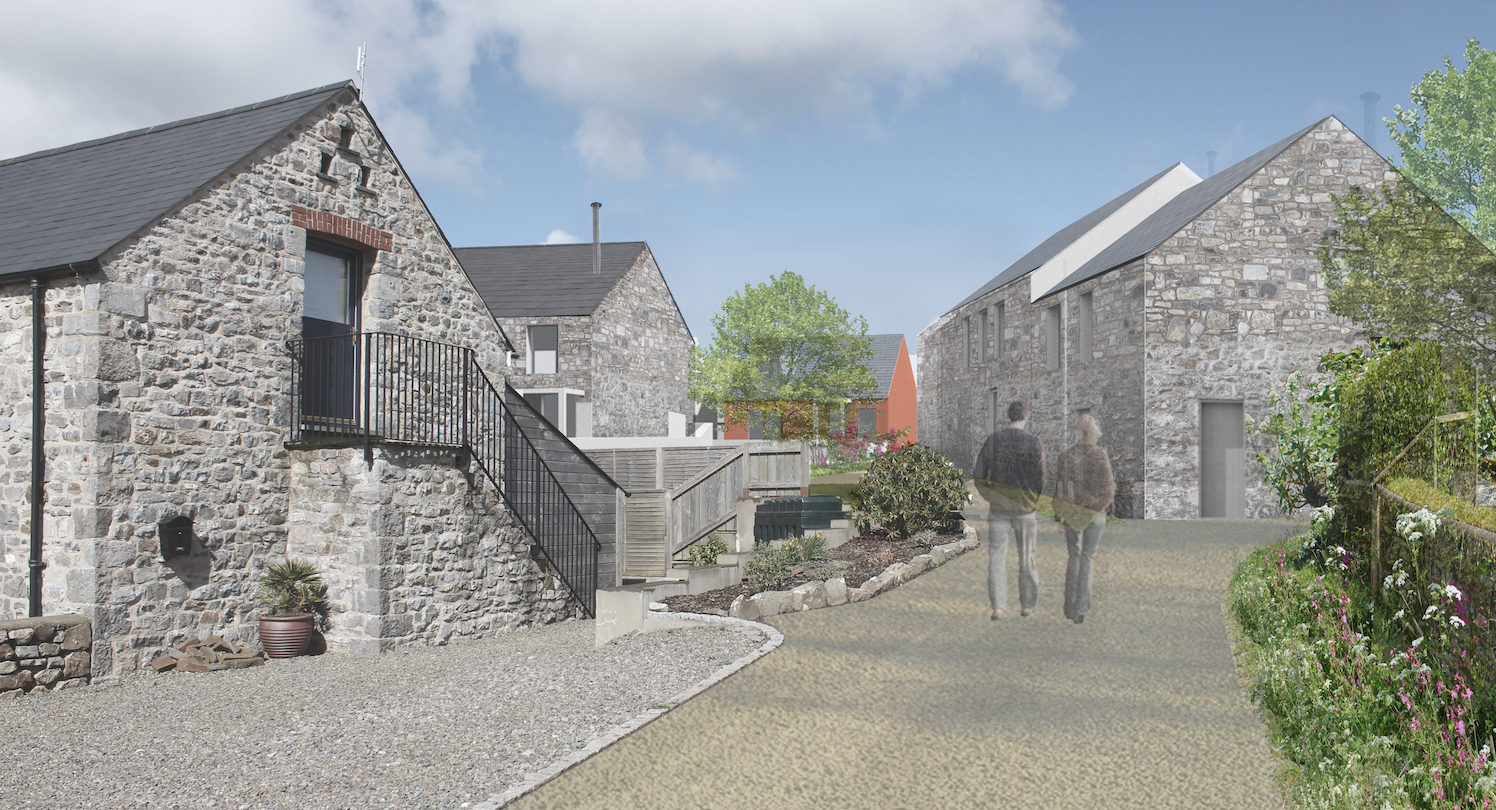 Unlike its impetuous urban neighbours, Lawrenny’s long history has had very few major turning points. Today’s announcement that planning permission has being granted for 39 new homes, alongside offices and workshops is most definitely one of them.

The moment marks the result of a long-term vision: that a village as rural as Lawrenny in the heart of a National Park should be a living, sustainable, busy place, full of amenity with a steady and varied year-round population.

You need to turn the clocks back to the 1970 to see the seeds of today’s turning point being sown.

Hollowed out by the mechanisation of agriculture, small villages such as Lawrenny were in steady decline. Tough economic conditions took families away to local towns in search of a living. Throughout the 80s and 90s, the gap between life between remoter communities and more populated areas widened, with villages becoming, at best, dormitory communities for workers and, at worst, gatherings of holiday homes.

However farmer David Lort-Phillips believed that decline was not an acceptable destiny for villages such as Lawrenny. Like others engaged in rural development, he believed they had a vital purpose that created a strong sense of community, that they should be places to make a living, to have a busy family life and be a focal point of a wider, vibrant rural existence. He set about investing in the village to prove that rural centres like this one could support a rural way of life.

"In the gloom of the 1970s, David created a blueprint for today’s development. To be achievable, it required him to convince planners that villages such as this were meant to grow and evolve, not become holiday settlements and dormitory villages."

In the gloom of the 1970s, David created a blueprint for today’s development. To be achievable, it required him to convince planners that villages such as this were meant to grow and evolve, not become holiday settlements and dormitory villages. It was not easy convincing the National Park Authority that social and economic needs of small communities were a priority.

However, a planning inspector agreed with David’s ambition, and in 2006 the site of the ageing Home Farm was allocated for homes and offices. 48 years after that first blueprint was created, the Emmett Russell plans were formally registered as a planning application.

The planning process is complex and expensive these days, with many seemingly incomprehensible barriers to overcome. Passion and belief brought the plans a long way to fruition. However, it was the dogged professionalism of consultant Wayne Reynolds at Atriarc Planning, that helped David’s plans overcome the final planning hurdles. Half a century after the project began, permission has been secured!

What has been achieved should be give hope to others working to revitalise rural centres.

Lawrenny’s evolution as a busy, working village and a focal point for a wider rural community in a beautiful corner of the National Park has taken another (rare) leap forward. We really do hope others have the chance to do the same.

Click here to register your interest in Lawrenny Estate and be the first to be informed of Phase One plot releases. 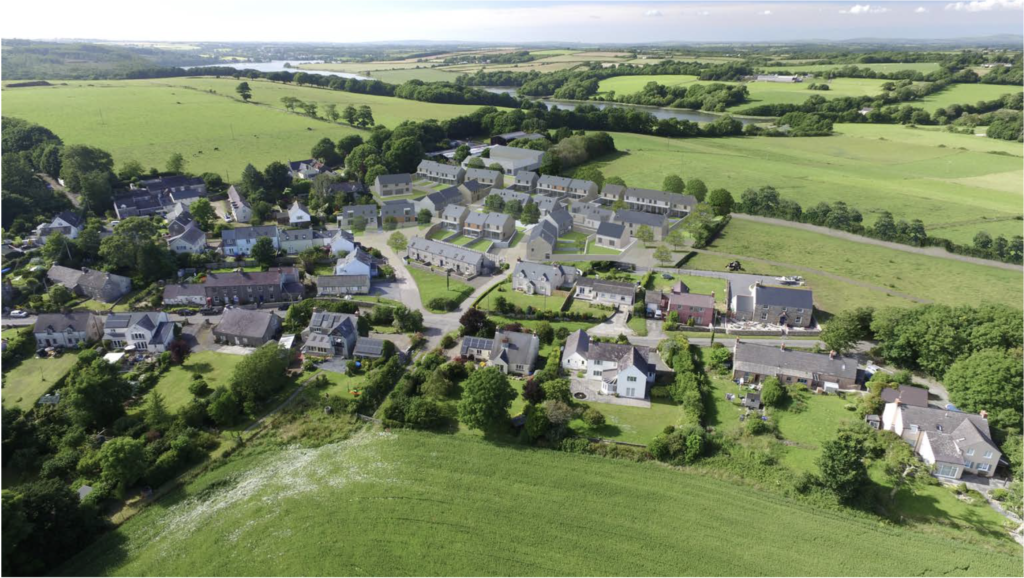 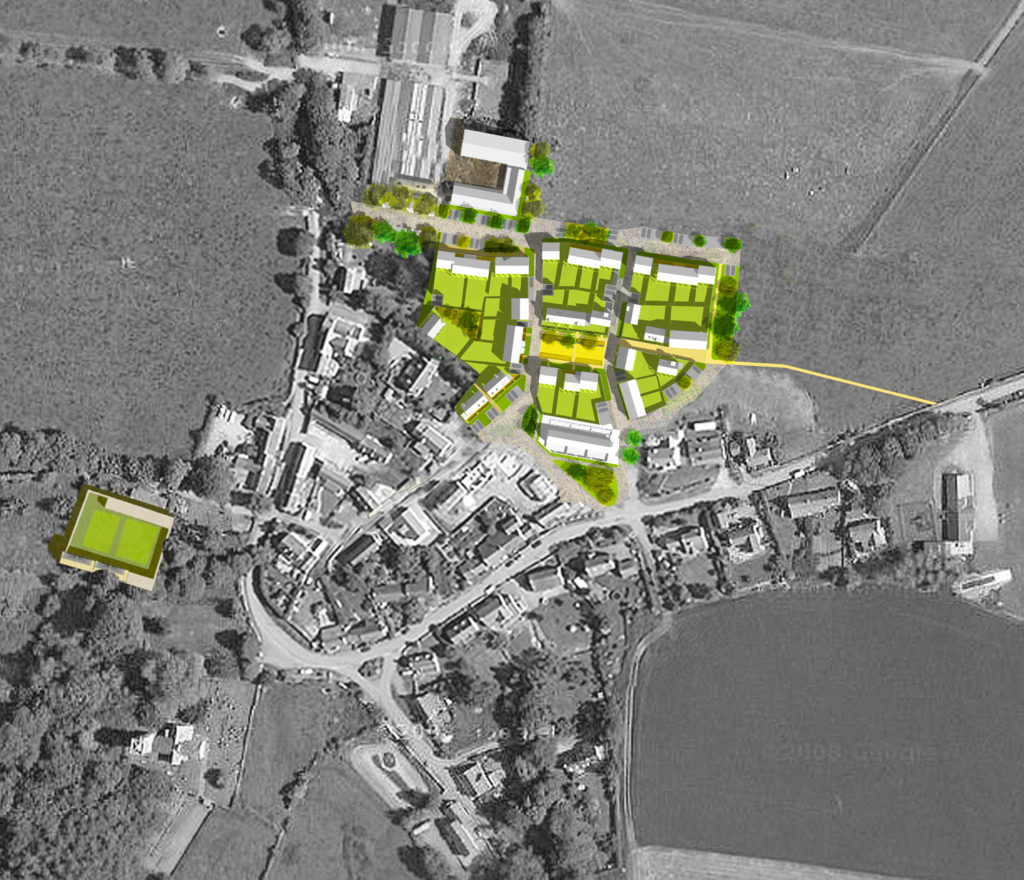